It takes just one

The spark vanished as quickly as a newbie scout trying to light a fire by rubbing sticks; nobody else noticed the incident between Frick and Mac. 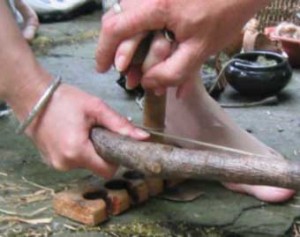 However, everyone around Frick and Mac felt the affects of the burn for a week. The typical lighthearted engagement was gone. Frick and Frack pretended each other were invisible.

You can probably substitute in names for similar situations – triggered often by misunderstandings; the price is high in lost productivity, creativity and even safety risk.

What would you do?    It only takes one to change the dynamic.

Frick, a student of Spiral Impact, realized he had a conflict and was consciously allowing it to be destructive.  He needed a little time to get centered and clear on what he wanted.  It took him a few days.

He knew it takes just one to shift the conflict to be innovative – that’s how Spiral Impact works. One person can change the dynamics.

When Frick was ready — and the appropriate opening appeared, he calmly asked Mac, “For how long shall we not talk?”

Mac reacted back initially, “After what you did!”

Frick spiraled again curiously asking, “What was your experience?”

They both realized they shared an event, but each of their experience of what actually happened was very different.

Adding in another principle of Spiral Impact, Frick revisited the team’s intention, “We want to create the best widget and enjoy our team in the process.  When we aren’t talking we have no hope of that.  Tell me more about what you experienced….”

The resolution wasn’t instantaneous it was a process – like a spiral. The gift in the end was a deeper understanding of each other and the ability to engage better than before.   Please add your experience!