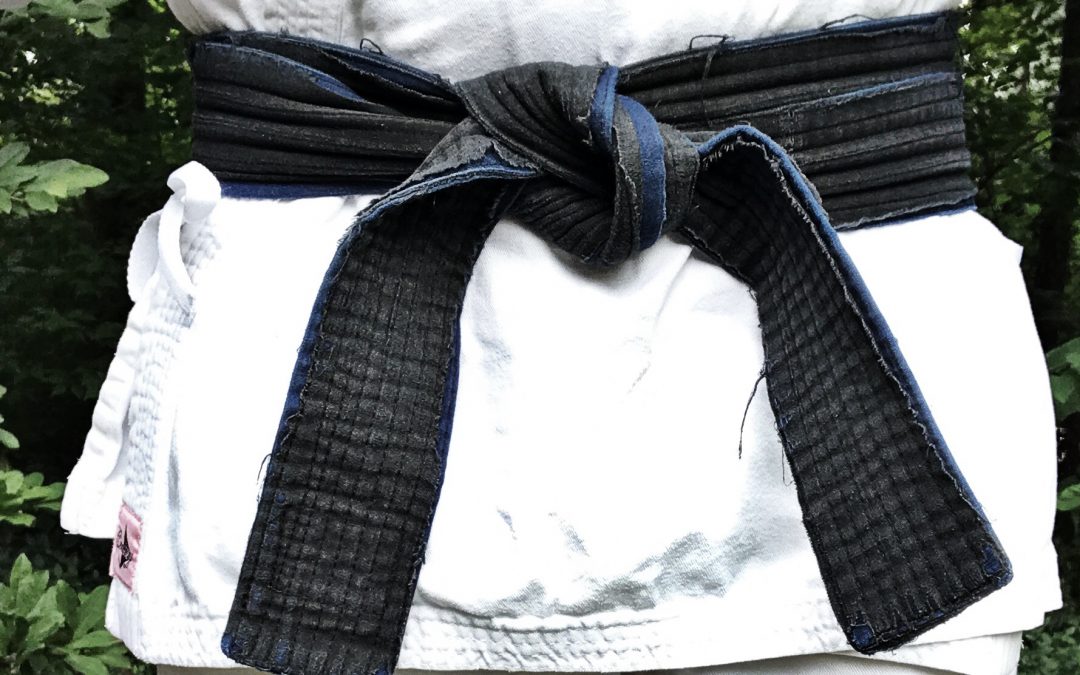 I recently took another black belt test in Aikido.  With 28 years of practice under my belt I found this one to be quite fun!  This was also a time of reflection about what continues to motivate my practice.  I hope this reflection will be valuable to you. As our world seems to get more intense and divided, the nature of True Power in my practice has been front of mind.

I define True Power as the ability to express oneself, create movement toward purpose, without defending or diminishing.

The first time I witnessed an aikido demonstration, it profoundly revealed how to generate True Power, as opposed to using force, to realize one’s purpose. Since that first demonstration, I have moved and fallen and spiraled my way through layers of learning.

Back then, I felt somewhat like a shrinking violet.  When there were differences of perspective or intensity of emotion I’d vacillate between withdrawing and passive-aggressively fighting.  Both choices caused me to feel at the mercy of whoever or whatever held ‘power’. Rarely did I leave the interaction feeling good and certainly not powerful.

As a young engineer I saw these dynamics play out daily in my corporate job.  I wondered: What if people could come to work and honorably engage with True Power?  What if we could be heard by, and value each other? What if I, personally, could put self-doubt away and teach others to do the same?  The workplace could become a positive growth environment instead of a battlefield of ego.

That is when I decided to shift careers and apply both the blending, ai, and the energy, ki, experienced in Aikido, eventually creating the Spiral Impact method generating True Power and mastering conflict, both for individuals and teams.

While learning is a never-ending spiral, I pause now to share three things I’ve learned about True Power and how it relates to teams and the people responsible for leading them.

Power is rotational; force is a straight line.  Force only works when you are in a dominant position whether physically, emotionally, or positionally.   Using force usually produces a short-term gain with a long-term loss.

Unfortunately, sometimes people in ‘positions of power’ will use force to maintain or fulfil their purpose.  Force divides and diminishes people. Anyone who has felt marginalized by a government, boss, co-worker, or a spouse knows this full well.   Examples of force are: ‘telling’ instead of ‘asking’, deciding without consulting, and withholding key information. Force results in a push-pull interaction and may be externally expressed or internally felt.

By contrast, true power engages creating positive connection through clear intent, inquiry, and acknowledgement.  Power moves ‘with’ rather than ‘against’.

As a woman I can’t usually use force in Aikido because I don’t have the muscle strength to compel my stronger, bigger male partners to move.  But this is an advantage, as it forces me to find leverage through my center and connection. If I were stronger I might be tempted to use force and ultimately do harm to myself or my opponent.

The same is true in everyday life – with centering, inquiry, and clear honorable intent you create leverage.  This generates True Power which can dissipate destructive force.

Today, there is a trend toward teaching mindfulness and emotional intelligence in business.  This is exciting to see because both require a strong center. These practices complement each other.  Centering aligns the mind, the emotions, and the gut for clarity.

The world is rapidly changing.  Agility and resilience are essential survival skills, and they are integral to Aikido (on the mat) and the gift of applying the Spiral Impact method (in life).   True power minimizes resistance for increased momentum. When you ‘move with’ and spiral, there is no resistance and momentum is released!   Accomplish more effortlessly – it is magical.

As I tie my black belt, I feel honored that it was passed on to me from two of my teachers.  Without their dedication to practice and share what they’ve learned about the true nature of power, I would not be where I am today.

Much appreciation to Tom Crum, who introduced me to Aikido in that first demonstration.  And, to George Bevins and Joe Lavelle, whose black belt I inherited, and all of the others who I’ve trained with over the years.

In practical terms, I’d like you to think about what ‘black’ belt are you working toward?  It’s that thing you want to master. And, recognize there is no end to your practice. Receiving a black belt is actually a beginning to the next level.   As with the Spiral it goes on indefinitely….