Stop Pushing! It Alienates. To Get Buy In Do This…

An executive coach asked me a few years ago, “If you had the cure for cancer, wouldn’t you want to scream it from the rooftops?” He was surprised when I said, “No.”

Many years ago, I learned the hard way that making definitive claims, being too enthusiastic about something I believed would solve someone’s problem, or insisting there is a “right way,” just results in alienating people. Sad, but true.

Instead of helping someone explore a new idea, this approach often causes the other person to dig in their heels and double down on their initial perspective.

One particularly memorable example that still haunts me was when I participated in a low ropes team building session in the 90’s. My blindfolded team was instructed to pick up a rope and form a square. I quickly became frustrated because I knew a simple way to do this (thank you engineering degree) but I couldn’t get my blindfolded colleagues to listen to my idea. They struggled with other ideas, deaf to my solution. I began to feel pressure about the time as I was the timekeeper. I got louder and took control. Then we were able to quickly form a perfect square in record time, but everyone was angry with me. They let me have it in the debrief.

No doubt “telling” is often received as a push to others, particularly if you are loud! While we accomplished the goal, my pushiness angered the team and prevented bringing forward better solutions.

If you’ve ever said to yourself, “Don’t they see how obvious this is?” or “I can’t believe they’re not interested!” You are probably pushing your own agenda and shutting people down.

It’s physics. For every action there is an equal and opposite reaction (Thank you Sir Issacs Newton). The initial action, or ‘push’ can be a definitive claim, a demand of action, enthusiasm, a physical posture of authority, a tone of voice, using words like “always” or “never,” or even subtle physical positioning. The equal and opposite reaction is someone digging in their heels against you.

Once someone digs their heels in against something, it requires extra finesse to stop the reaction and reset the conversation for any meaningful dialogue. Therefore, your initial communication is very important. My bet is you can see examples in your own world!

So, what is the solution? So, what do we do?

I have found an answer through practicing and teaching the martial art, aikido. Aikido does not meet force with force head-on. Instead, Aikido’s purpose is to join or move ‘with’ your opponents’ energy, which diminishes resistance, creating momentum.

Again, it’s physics! When you move in and “with” someone, you compound their energy instead of countering it. Together, you generate power and momentum rather than resistance.

How can you apply the principles of aikido to improve your performance in business? Here are some tips:

1. Check your state of being, are you grounded and/or centered? When you operate from an internal state of calm and balance you are in a state of prior fulfillment, and it is unlikely others will feel a “push” from you regardless of what you say. It is worth your time to develop this presence, because it broadens your perspective and hones your gut instincts!

In my low ropes exercise, I was not grounded and/or centered, I felt self-righteous about my superior strategy and frustration that my voice was not sought out or heard which motivated me to take control in an alienating and aggressive way.

2. Clarify your intention–are you going into the conversation trying to change what the other person does or thinks? Most people will feel this intention energetically whether it is verbalized or not. If you are not open to listening, they probably won’t be either.

In the low ropes exercise, my intention was to get the task done fast and right! But the purpose of the session was collaboration. My desire for perfection and speed blinded me to that intent!

3. Acknowledge the situation and ask the person if they are interested in whatever you are suggesting. Unsolicited opinions and advice rarely go over well. Often people react negatively, internalizing an unsolicited suggestion as criticism.

In the low ropes exercise, had I identified myself as an engineer this may have given more weight to my voice. Having first contextualized my authority, I could have then asked if they’d like some input on the geometry. Ideally on my team they ‘should’ have asked everyone for input. But that’s not typical of how the world works. Whether asked for input or not, I have since learned there is a better way to engage and have impact that both honors myself and others!

In these times of great change, we all can find more calm, confidence, and clarity through the principles of Aikido. I love this quote from the founder:

“In Aikido we never attack. An attack is proof that one is out of control. Never run away from any kind of challenge, but do not try to suppress or control an opponent unnaturally. Let attackers come any way they like and then blend with them. Never chase after opponents. Redirect each attack and get firmly behind it.”

As published in Newsweek 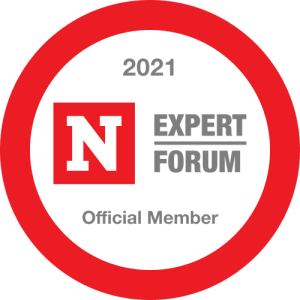